Vibra Healthcare Agrees to Pay $32.7 Million to Resolve Allegations that it was Responsible for Medically Unnecessary Services

Allegations of fraudulent billing seem to be a recurring theme as the government’s crackdown on Medicare fraud continues. This was illustrated when late last month the Department of Justice announced that Vibra Healthcare LLC had agreed to pay $32.7 million to resolve claims that it violated the False Claims Act when it billed Medicare for services that were deemed to be medically unnecessary. “Medicare beneficiaries are entitled to receive care that is determined by their clinical needs and not the financial interests of healthcare providers,” said Principal Deputy Assistant Attorney General Benjamin C. Mizer, head of the Justice Department’s Civil Division.  “All providers of taxpayer-funded federal healthcare services, whether contractors or direct billers, will be held accountable when their actions cause false claims for medically unnecessary services to be submitted.”

The government alleged that between 2003 and 2013 Vibra admitted numerous patients to five of its long standing term care hospitals (LTCHs) and to one of its inpatient rehabilitation facilities (IRFs) who did not display symptoms that would qualify them for admission. Additionally, Vibra is also alleged to have extended the stays of its LTCHs patients when it was medically unnecessary for it to do so. Finally, Vibra was alleged to have ignored the recommendations of its own clinicians regarding when and if patients were ready to be discharged. Vibra has been made to enter into a chain-wide corporate integrity agreement (CIA) with the Inspector General of the U.S. Department of Health and Human Services. (Vibra owns and operates approximately 36 LTCHs and IRFs in 18 states.)

“OIG is committed to protecting precious Medicare dollars and ensuring that beneficiaries receive quality, necessary long term care,” said Special Agent in Charge C.J. Porter of the U.S. Department of Health and Human Services’ Office of Inspector General (HHS-OIG) at the time. The settlement resolves a lawsuit that was filed by Sylvia Daniel, a former health information coder at Vibra Hospital of Southeastern Michigan, under the qui tam or whistleblower provisions of the False Claims Act. Under the False Claims Act private parties are able to file an action on behalf of the United States and to receive a portion of any recovery. Daniel will receive at least $4 million.

The settlement is yet another example of the government’s ongoing efforts to combat healthcare fraud through its Health Care Fraud Prevention and Enforcement Action Team initiative. This unit was announced back in May of 2009 by the Attorney General and the Secretary of Health and Human Services. If you know of fraud that is being committed against the government or one of its agencies you are encouraged to report it and to contact a qui tam lawyer. A qui tam lawyer will be able to determine if you are able to file a lawsuit on behalf of the government. 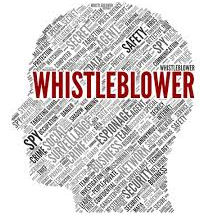