Hospitals have often been at the center of alleged fraudulent activities committed against the government. Sometimes these trusted institutions have even conspired with each other to defraud patients as was demonstrated when earlier this week when the government announced that the chain Tenet Healthcare Corporation and two of its subsidiaries have agreed to pay more than $513 million to resolve criminal charges and civil claims relating to a scheme to defraud the government and to accept kickbacks for patient referrals. Additionally, two of Tenet’s subsidiaries, Atlanta Medical Center Inc. (AMCI) and North Fulton Medical Center, Inc., (NFMCI) have agreed to plead guilty to conspiracy to defraud the US and to pay health care kickbacks and bribes. These actions are in violation of the Anti-Kickback Statute (42 USC § 1320a-7b (b)). Up until April 2016 both AMCI and NFMCI owned and operated acute care hospitals in Atlanta.

The information in the civil and criminal complaints alleges that AMCI, NFMCI, Spaulding Regional Medical Center Inc., and Hilton Head Hospital all paid bribes and kickbacks to the owners of prenatal care clinics which served mostly undocumented women in return for referrals of those patients for Tenet’s labor and delivery services. These alleged bribes and kickbacks helped Tenet obtain more than $145 million in Medicaid and Medicare funds based on those referrals. The criminal information alleges that some expectant mothers were told that Medicare would cover the cost of their prenatal care only if they delivered at one of Tenet’s hospitals. Additionally, the criminal information alleges that these untrue assertions resulted in expectant mothers traveling greater distances from their homes than necessary which in turn endangered patient health and safety.

Tenet and its subsidiaries (collectively TSHM) entered into a non-prosecution agreement (NPA) with the U.S. Attorney’s Office of the Northern District of Georgia related to the criminal charges in the case. Under the NPA, THSM and Tenet will avoid prosecution if they cooperate with the government’s ongoing investigation and enhance their compliance and ethics program to avoid such behavior in the future. Moreover, Tenet has agreed to retain an independent compliance monitor in order to address and prevent a recurrence of similar violations going forward. The term of the hospital’s obligations under the NPA is three years; however the NPA can be extended.

As for the civil settlement, Tenet has agreed to pay $368 million to the government and the states of Georgia and South Carolina to resolve the false claims allegations. The lawsuit was filed by Ralph D. Williams a resident of Georgia under the federal and Georgia False Claims Acts. The act gives whistleblowers like Mr. Williams the right to file a lawsuit on behalf of the government in cases of fraud. Mr. Williams’ share of the combined civil settlement amount is approximately $84.43 million. The federal share is $244,227,535.30, the state of Georgia will recover $122,880,339.70 and the state of South Carolina will recover $892,125.

“When pregnant women seek medical advice, they deserve to receive care untainted by bribes and illegal kickbacks,” said Principal Deputy Assistant Attorney General Bitkower. “The Tenet case is the first brought through the assistance of the Criminal Division’s corporate health care fraud strike force.  This is one of more than a dozen active corporate investigations by the strike force, and we are committed to following evidence of health care fraud wherever it leads – whether it be individual physicians, pharmacy owners or corporate boardrooms.”

“Our Medicaid system is premised on a patient’s ability to make an informed choice about where to seek care without undue interference from those seeking to make a profit,” said U.S. Attorney John Horn of the Northern District of Georgia. “Tenet cheated the Medicaid system by paying bribes and kickbacks to a pre-natal clinic to unlawfully refer over 20,000 Medicaid patients to the hospitals.  In so doing, they exploited some of the most vulnerable members of our community and took advantage of a payment system designed to ensure that underprivileged patients have choices in receiving care.”

This settlement illustrates the government’s crackdown on health care fraud and marks a further achievement of its Health Care Fraud Prevention and Enforcement Action Team (HEAT) initiative. This initiative began back in 2009 and was announced by the Attorney General and the Secretary of HHS. If you know of fraud that has been committed against the government or one of its agencies you are encouraged to report it and to contact a Whistleblower law firm. The law gives certain rights to a person who becomes a Whistleblower. Medicare fraud has been the subject of a number of HEAT’s investigations. 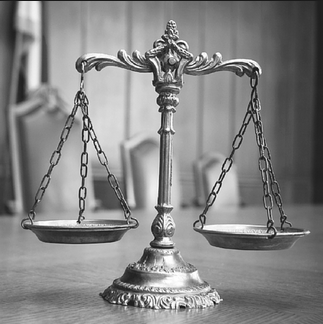 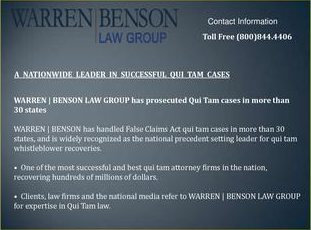