The government’s effort to reign in frau 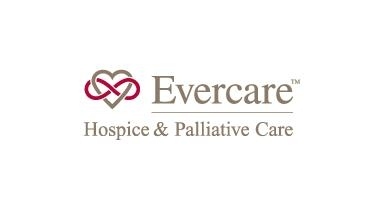 d(especially Medicare Fraud) committed against its agencies often has the result of protecting people who are particularly vulnerable.  This was proven earlier this month when the Justice Department announced that Evercare Hospice and Palliative Care would pay $18 million dollars to settle False Claims Act allegations that they claimed Medicare reimbursement for hospice patients who were ineligible because these patients were not terminally ill.  Evercare is based in Minnesota with locations in Arizona, Colorado and other part of the country.  Hospice care is a special end-of-life care for the terminally ill.  Medicare does not cover traditional medical care designed to improve or heal patients who are utilizing hospice services.  Only patients who have a life expectancy of six months are less are eligible for special Medicare hospice benefits.

“Today’s settlement reflects the Justice Department’s continuing efforts to combat health care fraud and protect the nation’s elderly and most vulnerable citizens,” said Principal Deputy Assistant Attorney General Benjamin C. Mizer, head of the Justice Department’s Civil Division.  “Our seniors rely on the hospice program to provide them with quality care, dignity and respect when they are terminally ill and need end-of-life care.  It is, therefore, critically important that we hold accountable those hospice providers that bill for medically unnecessary services in order to get higher reimbursements from the Medicare program.”

The government alleges that Evercare knowingly submitted false claims to Medicare for hospice care from January 1, 2007 through December 31, 2013 for patients who were not entitled to Medicare hospice benefits because they were not terminally ill.  Moreover, the government alleged that Evercare’s own records did not show that these patients were terminally ill.  The government’s complaint also alleged that Evercare intended to maximize the number of patients for whom it could bill Medicare without regard to whether or not those patients were eligible for Medicare.  Next, the government’s complaint alleged that Evercare’s business practices included discouraging doctors from recommending that ineligible patients be discharged from hospice.  Finally, Evercare is alleged to have discouraged nurses from accurately and completely documenting patients’ medical conditions in their records.

The allegations resolved by this settlement arose from the whistleblower lawsuits filed by former Evercare employees under the qui tam provisions of the False Claims Act.  The Act allows private parties to bring suit against companies on behalf of the government and to share in any recovery.  The share to be awarded in this case has not yet been determined.  “The decision to put someone into hospice care is an emotionally wrenching one for the patient and the patient’s family,” said U.S. Attorney John Walsh for the District of Colorado.  “When hospice companies exploit and overbill Medicare by having people in hospice when they do not belong there, it jeopardizes this important benefit for others.  We will not tolerate such conduct.”

This settlement was the result of a coordinated effort by the Civil Division’s Commercial Litigation Branch, the U.S. Attorney’s Office for the District of Colorado and HHS-OIG.  If you know of fraud that has been committed against the government or one of its agencies, you are encouraged to report it and to contact a qui tam law firm.