Last week the government intervened into a False Claims lawsuit against Energy & Process Corporation (E&P), alleging that E&P knowingly failed to perform required quality assurance procedures and that it supplied defective steel reinforcing bars (rebar) in its construction of a Department of Energy (DOE) nuclear waste treatment facility. “When contractors cut corners, they not only cheat American taxpayers, but they also can put public safety at risk, particularly when their misconduct affects a facility that houses and processes nuclear materials,” said Principal Deputy Assistant Attorney General Benjamin C. Mizer, head of the Justice Department’s Civil Division.

Specifically, the government alleges that although DOE paid E&P a premium to supply it with rebar that met strict regulatory standards, E&P failed to perform most of the necessary quality assurance measures. Moreover, the government alleges that E&P falsely certified that they had met the required procedures. Finally, the lawsuit against E&P alleges that a third of the rebar supplied by the company and that it used in constructing the nuclear waste treatment facility was later found to be defective.

“To ensure that the nuclear facility would be safe, the government paid E&P a sizable premium for exhaustive quality control procedures,” said U.S. Attorney John Horn of the Northern District of Georgia. “This lawsuit alleges that E&P intentionally failed to perform the quality control work, and then concealed its failing by providing false certifications to the government. In intervening in this lawsuit, the U.S. Attorney’s Office seeks to ensure that entities that defraud the government are identified and held responsible.” The initial lawsuit was about by Deborah Cook, a former employee of the prime contracting building the DOE’s waste treatment facility under the qui tam, or whistleblower provision of the False Claims Act. Under this act private citizens can sue on behalf of the government in cases of fraud committed against it and share in any recovery. If you know of fraud that has been committed against a governmental agency you are encouraged to report such activity. You are also encouraged to contact a Qui tam law firm so that your interest can be protected. Qui tam law firms specialize in False Claims Act cases and can advise you should you find yourself in need of whistleblower protection. 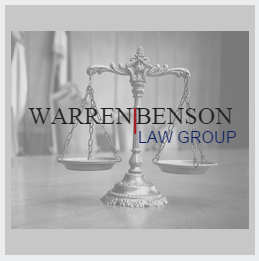