The government’s crackdown on fraud also includes – from time to time – the involvement of financial institutions.  This was demonstrated when last month, the U.S. Attorney for the District of Massachusetts, the Division of Enforcement for the Securities and Exchange Commission (SEC) and the U.S. Department of Labor (DOL) announced that State Street Bank and Trust Company had agreed to pay a total of least $382.4 million, including $155 million to the Department of Justice, $167.4 million to the SEC and at least $60 million to ERISA plan clients to settle charges that it deceived some of its clients when providing them with foreign currency exchange services.  As part of the settlement, State Street admitted that its Global Markets (SSGM) division did not price FX transactions at the current interbank market rates.  Instead State Street admitted that SSGM added a predetermined mark-up or mark-down to the prevailing interbank rate for FX.  (The mark-up or mark-down was determined upon whether or not the custody client was an FX purchaser or seller.)  State Street is also alleged to have falsely promoted its FX transactions by guaranteeing that they were at the most competitive rates when indeed they were not.  State Street’s prices were drive driven – it is alleged – by hidden mark-ups designed to maximize their profits. 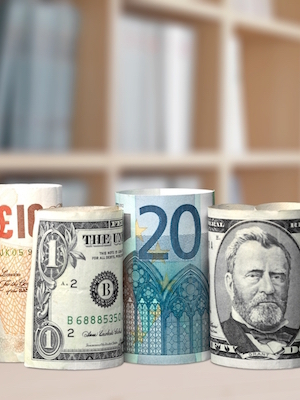 “State Street misled custody clients about how it priced their trades and tucked its hidden markups into a corner where they were unlikely to notice,” said Director Ceresney of the Securities and Exchange Commission (SEC).  “Financial institutions cannot mislead their customers about their trading costs.”  Pursuant to the settlement, State Street will pay $155 million of the $382.4 million as a civil penalty to the government in order to resolve allegations that the bank violated the Financial Institutions Reform Recovery and Enforcement Act (FIRREA).  The investigation arose from whistleblowers, who filed a declaration that the defendant had violated the FIRREA.

Per the government’s settlement with State Street, the bank has also agreed to pay at least $60 million to State Street’s Retirement Income Security Act (ERISA) plan customers.  The government alleged that State Street made false representations regarding its FX trades to those customers thereby causing them sustained financial losses.  State Street has – as a part of the settlement – promised that it will discontinue such conduct in the future.  State Street will pay an additional $147.6 million to resolve private class action lawsuits filed by the bank’s customers alleging similar misconduct.  Finally, if you know of fraud that has been committed against a government agency you are encouraged to report such conduct.  It would also be in your best interest to contact a whistleblower law firm so that you can protect your rights.